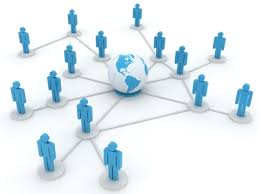 Business owners, franchisors and franchisees face the constant challenge of finding the most efficient ways to market their products and services, contracting new customers, and maintaining their current customer base. Targeting the right customers is imperative, as is anticipating the needs of those customers. Once your target market is identified, you can reach them through many forms of traditional advertising, but for today’s businesses to succeed, social networking sites must be leveraged.

By creating a profile on social networking sites such as LinkedIn, Twitter and Facebook, business owners can gain new customers and build relationships with existing customers. Businesses on social networking sites also have direct access to their customers, dubbed “fans” or “followers,” by being able to send messages and updates with a single click. Many businesses also use these sites to broadcast incentives including contests, games and prizes for customers who have become a part of their online professional circle. Another benefit to being part of a social network is the ability to get feedback and reviews regarding your products and services directly from the customers with whom you are networking.

Nearly 75 percent of franchise businesses are now leveraging social media, according to a 2010 survey published by market research firm Franchise Business Review. And consumers are responding–69 percent say they’re more likely to become patrons of a local business if it offers information on a social networking site, per a recent comScore research study.

Last year, Einstein Bros. launched its Bagel Bonanza promotion, giving away a bagel and cream cheese to anyone willing to sign up as the franchise’s fan on Facebook.

“Social media is a place where consumers want to be,” says James O’Reilly, chief concept officer for Einstein Noah Restaurant Group, the Lakewood, Colo.-based parent company and franchisor in a Dec. 2010 interview with Entreprenuer. “We’re not a national advertiser, so we decided to make social media a pillar of our marketing efforts. It’s a whole new channel for businesses to engage their customers in a two-way dialogue.”

Online networking is a great tool to spread the word without spending tremendous amount of money on marketing/advertising. It can also be used for contacting customers and franchisees, getting feedback, reaching your “fans,” and giving a boost to your newly opened business.

What are you thoughts regarding online networking and social networks place in the mix? I’d love to hear from you with comments and feedback.

Get your free franchise information package

Ready to get started and
talk with us now?